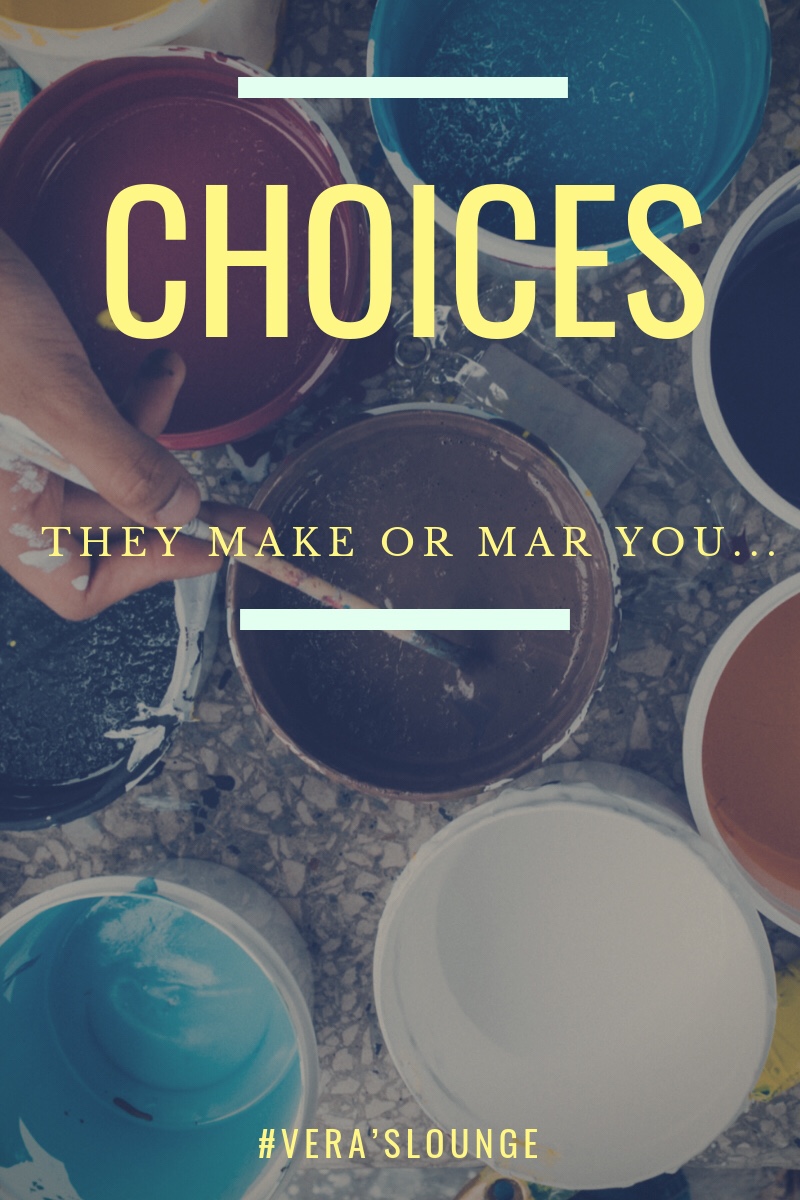 I have come to realize that what one wants out of life, influences and determines the choices one makes. The choices may include:

2. Course of study in school; And even if there is a need to go to school😁

Now, I believe that four sets of people exist when we talk about life and choices.

A. Those who know that they are supposed to want something out of life, and equally understand what they  want out of life and how to go about getting that.

This set of people are always successful because they set out on time to go after things that will lead them to the ultimate goal. 98.9% of those that understand what they want and how to go about getting it, are Successful.

B.Those that know that they should want something out of life and not just live, but lack the knowledge of what they want and how to go about getting that.

This set of people struggle most times. They make a lot of wrong choices in life. But sometimes, they get lucky and circumstances that will lead them to the ultimate goal, come their ways and they grab the opportunities. They are able to grab the opportunities because already, THEY KNOW WHAT THEY WANT BUT ONLY LACK UNDERSTANDING OF HOW TO GO AFTER IT. So given a clue by the circumstance, they grab the bull by the horn and get to the ultimate goal. 90% of the people under this group succeed. But a greater percentage become success quite late in life because they spend most years of their lives, trying to figure out the “How”

I found out that most times these people come from successful homes and feel that they don’t have to do anything since everything has been done for them by their parent(s).  Most of them have pretty much all that they want, when you talk about comfort and luxury. But they live unfulfilled lives, simply because they are living the lives of their parent(s). This group of people may have wealth to throw about, but within they know that something is missing because they have not got something out of life on their own.

D. The last group is the set of people who do not know that someone should even want anything out of life. To them, life is all about living and waiting for the day one dies. They go with anything. For them, anything works. This is the group of people that hardly grow. They know that they are not  getting the best in life, but do they even understand what that even means? No. These people beleive that life is worthless and sometimes wonder why they are even here in the first place. They struggle all the time and hardly make it. Sometimes they think that they are ill-lucked, or that “someone is against their progress”… But the problem is quiet simple: THEY DON’T KNOW THAT ONE HAS TO WANT SOMETHING OUT OF LIFE BEFORE ONE GETS ANYTHING OUT OF IT.

Anyone can be successul by luck. I mean, the universe can still smile at the people under the last group and make them successful.

But then, success is not just about Wealth. A successful life is one that is fulfilling. You look around and know that you are making an impact. It does not have to be a very big impact, but you are doing something that gives you joy and defines your life.

Going back to the opening paragraph, I  wish to stress  that what we want in life determines our choices and these choices as enumerated in same paragraph, differ from one person to another, depending on what one wants out of life!

My point now is, why question people about their choices and even condemn them for making such choices? It doesn’t have to be your way because you certainly do not want the same things out of life.

I may want to live abroad and do a particular job and have a particular life style, now that’s what I want out of life and that will ultimately influence my choices!

You may want to be known now and even when you are dead and gone, by your words and the impact they make on people and that may comply you to make certain choices that people don’t even understand. Does that now make you stupid? No.

I remember when I told a family relative that I was going to study English in the uni and with a disgusted countenance, he asked me what ever happened to Law, Medicine and those other more professional courses. I told him that I wanted to study English because I wanted to be a writer, affecting lives with written words. Of course he thought it would be a waste of time and money for me to go spent four years in school learning English that I was already able to speak and write. 😀. But then, what he wants out of life and what i want are not the same. If Doctors and Lawyers are the only group of people that succeed in life, then why would those other professions be there? They are there because certainly not everyone wants to be a Lawyer or a doctor… Again we are talking about what we want out of life and how they influence our choices.

If you have not figured out what you want out of life and maybe are finding it difficult to do so, here is a tip.

LOOK WITHIN YOU AND DISCOVER THOSE THINGS THAT GIVE YOU SATISFACTION WHEN YOU DO THEM OR EVEN THINK OF DOING THEM…MAYBE THEY ARE CLUES ON WHAT YOU SHOULD WANT FROM LIFE…MAYBE THAT WILL BE A STEP TOWARDS GETTING TO THE ULTIMATE GOAL THAT AWAITS YOU!

Keep living a fulfiing life and let no one talk you into living their lives!